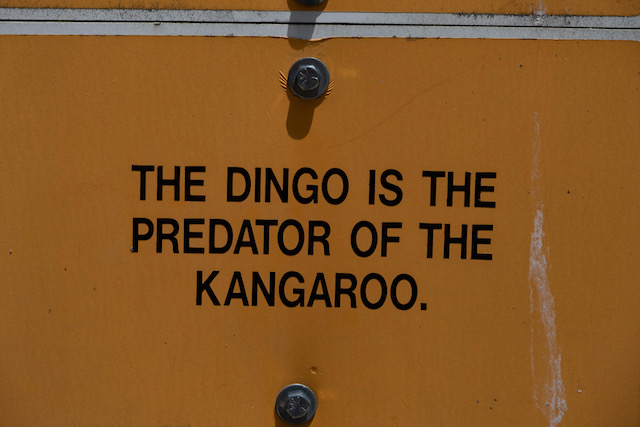 Through all of the various cultural arguments about what is offensive and who sees the world the right way, I have realized that a word has slipped through: “protein.”

I think I first heard this neologism or reframed use of the word from some popular restaurant that will probably dawn on me as I work on this essay. (It didn’t. Maybe Chipotle?) But I know the word came to me in the middle of a series of questions: “And what protein would you like?”

It threw me off guard. I don’t usually think of steak, chicken, pork, or tofu as protein. But they are. When I hear “protein,” I think of Greek yogurt or those milk shake things that serious weight lifters drink/eat.

It made me wonder if this new line of questioning indirectly advocates for humans to have protein in every meal. This was certainly something: getting recommended beneficial nutritional steps while going out to eat.

Now that I reflect, I suspect it’s a bit primordial to discuss what “meat” you are going to have. And that could be the thing: meat as barbaric.

Regardless, asking what “protein” one wants is more inclusive of a strangely new American phenomenon: that of people who would like to, for whatever reason, replace meat with vegetables some of the time or most of the time or any of the time in between.

The word does double duty. It describes protein as necessary, as well as open up the protein options.

This brought me back to Michael Pollan’s opening line to In Defense of Food: “Eat food. Not too much. Mostly plants.”

Pollan says that we should think of meat more as a side than a main course. Perhaps we are now in the opening phases of collectively classifying our consumption of meat to a desert? Or at least a treat?

And this is why it may be an anomaly that the peaceful new existence of this new custom or neologism or reframing has not created a clash. It’s a perspective change on a traditional, economic, and cultural mainstay. Meat, now democratized from many centuries of exclusive consumption by the upper echelons of society, is now being pried from the hands of everybody.

Though eating less meat is beneficial to all humans, using the word “protein” caters to the diets of minority eaters, of which in 2018, only 5% of the American population was vegetarian.

Those who would like a vegetarian option no longer have to say “without” or “no” when they order. They can simply define their protein.

This is inclusivity with a long game.

Anyone who has had to drastically change their diet knows the pivot you find yourself in, how against social norms one can get without realizing it.

Regardless, someone may still innocently ask, “What are you drinking?” in the hopes of creating conversation about one’s culinary passions. It is like showing up to a sports game with a bunch of people who are fans, but you are just there because people you know are there.

And that is just alcohol, something we like but know is not the best for us.

When you cull edible foods from your diet, it heightens the adversities that can happen at shared dinner tables. You may have to bring your own food to gatherings and parties. And though such is a polite and practical gesture, you may still make your host feel a bit bad that they didn’t include you in their food planning. Hosts like to be accommodating; it’s natural.

Recently, I went on an either/or diet. Which means vegan as much as I can, vegetarian when dairy is unavoidable, and no-holds-bar on special occasions like Thanksgiving. (Though, taking daily fish oil supplements kind of negates all of this.)

It’s a health choice. Apparently, my body has been stockpiling cholesterol like a dragon hoards treasure. (If, that is, my body’s cholesterol level isn’t naturally higher than the average, which it could very well be.) A largely plant-based diet is a good fix and an interesting experiment due to all the other benefits, the environment being a major one. Plus, there are so many interesting plant-based substitutes out there. Who would have known that I’d like fake lunch meat better than real lunch meat?

A week after my start date, on a Friday, I got a call from my cousin to hang out. He suggested burgers or pizza. I thought, well, I guess I can celebrate my progress. Seven days is pretty good. He already has the burgers. That’s settled. Alrighty.

My urge to stick to my diet in the face of my cousin’s nonchalance about food choice–and the fact that he wanted to hangout–melted.

When I hung up, the social pressures dispersed. Why was I so scared to say that I’ll bring my own burgers?

So, I brought my own stuff, showed up at his house, and did some explaining, feeling the small brunt of diverting away from a past held norm I’ve so recently shared.

He understood, of course, but I knew how he felt. In the past, I’ve been in his position. When someone tells you they are not eating what you are eating, especially if its food you are supposed to be sharing, you feel a bit betrayed. Not in a sense that you have been stabbed in the back, but that you no longer have the same hobbies as another person, can’t enjoy the same experiences.

It’s in the Language

I’m not saying that my cousin should have asked me what “protein” I wanted when he invited me over to his house. He was operating under the pretty solid assumption that I would eat whatever he would eat, because that’s what we’ve been doing all of our lives.

That’s why this new question, “And what protein will you have?” keeps nagging at me. It’s an openness that defies culinary assumptions concerning a huge part of our diet.

It’s not the only change that has gone unnoticed in the many neologisms we have created in the past few years. What society repeatedly doesn’t realize is that language is the most fluid, most democratic thing that we instinctually spit out on a second-by-second basis.

Slang is the reason why we don’t speak like Chaucer. We are on a slow-moving trend to oust the tenses of irregular verbs like “slay” or “sweep.”

And yet, we put super strong values and morals and judgments on words.

Perhaps it’s evolutionary; language is our instinct. We like to be concise when speaking, for saying the wrong word or phrasing might have saved the first humans from a crouching sabertooth tiger in the grass.

“Mighty and large cat predator species behind potential dinner that is you!”

“Be ye careful of such dis-harmonious cats in yonder field behind the skull that you see out of!”

This just goes to show that it’s not the language that we argue about, but the status or the identity that we worry language will disrupt.

I’m sure we will always worry over the desecration of language: from slang and neologisms, to the recent “threat” of text language. It makes sense. Being self-conscious mortals, we have a heightened sense of our own entropy.

Regardless, language will always be contextual. Some of it in simpler ways, say the multiple meanings of a single word like “arm” or “watch.” And some of it will be contextual in terms of very intense cultural disagreements. It is difficult to define “offensiveness” with so many perspectives, even in a drilled down layer of culture.

I suspect this is where empathy is most important. And I also suspect that right now, we are having a hard time with it, being so far apart in many ways, often to briefly summarized.

So why did asking, “And what protein will you have?” slip by the cultural arguments of our time?

I’m not saying we should argue about “protein,” but perhaps there is something in this non-debate that may help us through all the rest of the arguments about language, inclusivity, or human health.

What’s better than starting from a place of collective agreement?